The RAP (Raspberry Automation Project) is a free open source (LGPL licensed) software that lets you define a logic and execute it by interfacing with special designed OneWire modules.
The logic definition is performed using an FBD language similar to IEC61131using a Java program called RaspiProg. RaspiProg lets you define how many modules are connected to the Raspberry and to compose the logic of your system using common functions such as arithmetic, boolean, PID controllers and so on.
Once the logic is defined it's RaspyMonitor turn: the program executes the logic defined in your diagram by interfacing, through a OneWire Master, to the field modules such as digital outputs, analog inputs and so on.
Remotely it is possible to connect to the system using RaspyVisor. RaspyVisor is a tool for easily managing your system from remote with a clear, non obtrusive interface. RaspyVisor is licensed under the LGPL license.

With RAP you can automate your project in minutes!

The project comprises the following modules:

RaspyMonitor is a supervision and control program that interfaces with OneWire modules in order to implement the user defined logic as much as a softPLC would do. RaspyMonitor is an out of the box solution to implement a control system on a Linux machine and, specifically, on the Raspberry PI: just download the binaries and the RaspyProg program and start to automate your project. 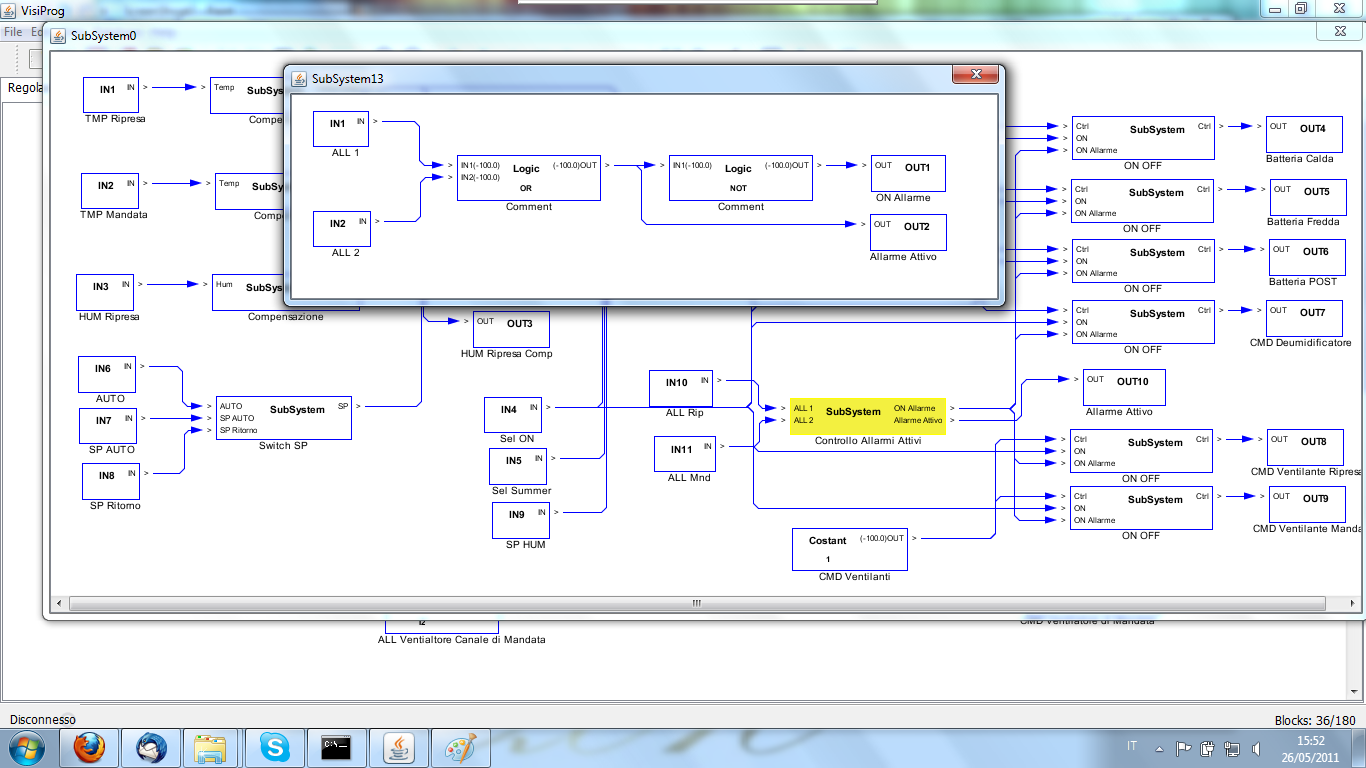 RaspyProg is a tool written in Java that let's you visually define the logic of your system. Wether it is an air treatment unit, an heat plant or a simpler house automation project RaspyProg has all the features and functions needed to perform the task. With RaspyProg you can use : With RaspyProg you define the behaviour of your system as well as the interfaces with the outside world. You can also connect to a live running program and see the values each block has elaborated as well as chart single signals in order to check the dynamic of the control system. RaspyProg is released under the LGPL license. 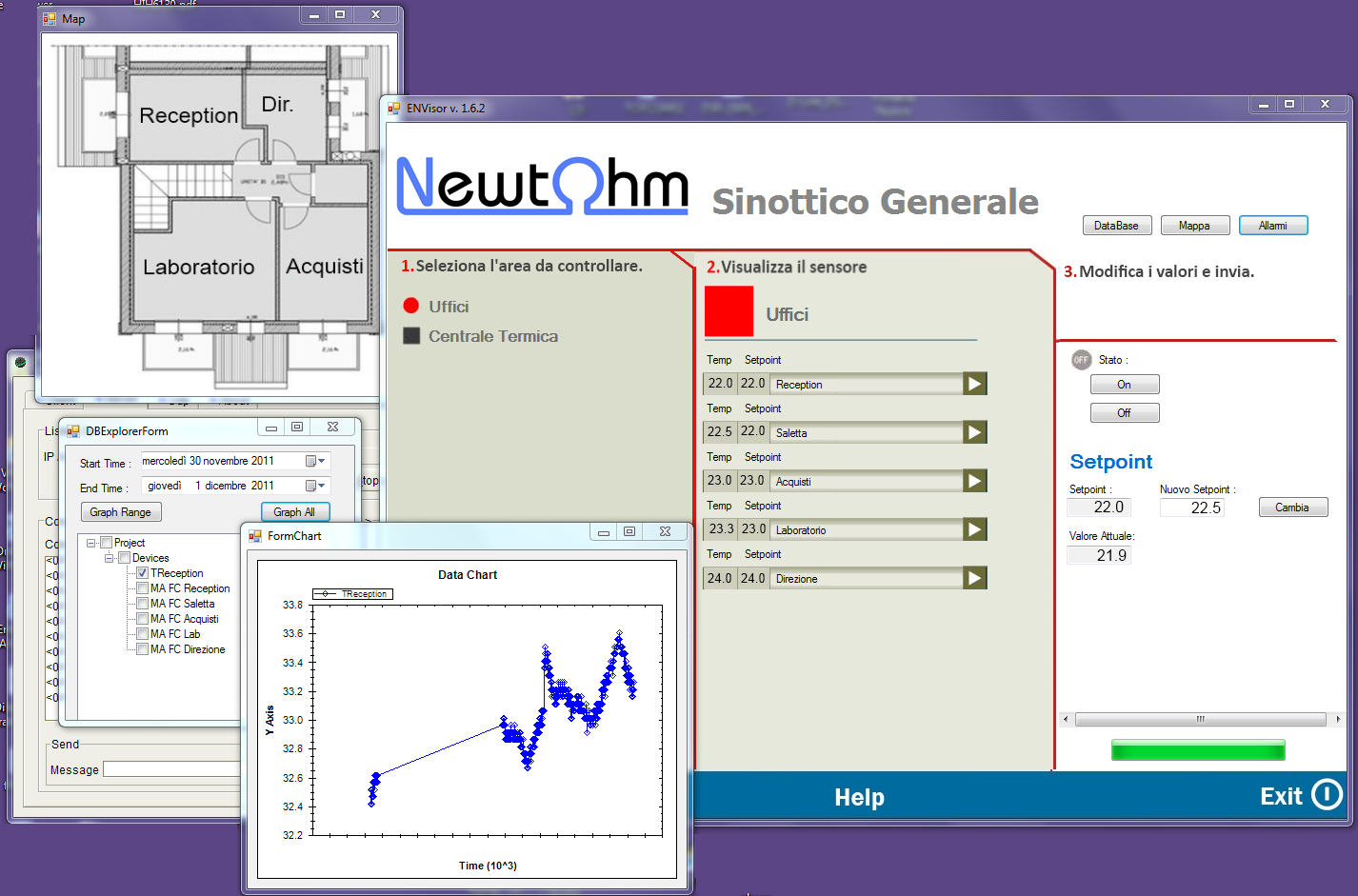 RaspyVisor is an easy to setup user interface to interface with the RaspyMonitor control program. It's main benefits are as follows: The interface is arranged in a guided flow from left to right starting from the general overview of the system and going to more details while "traveling" to the right.